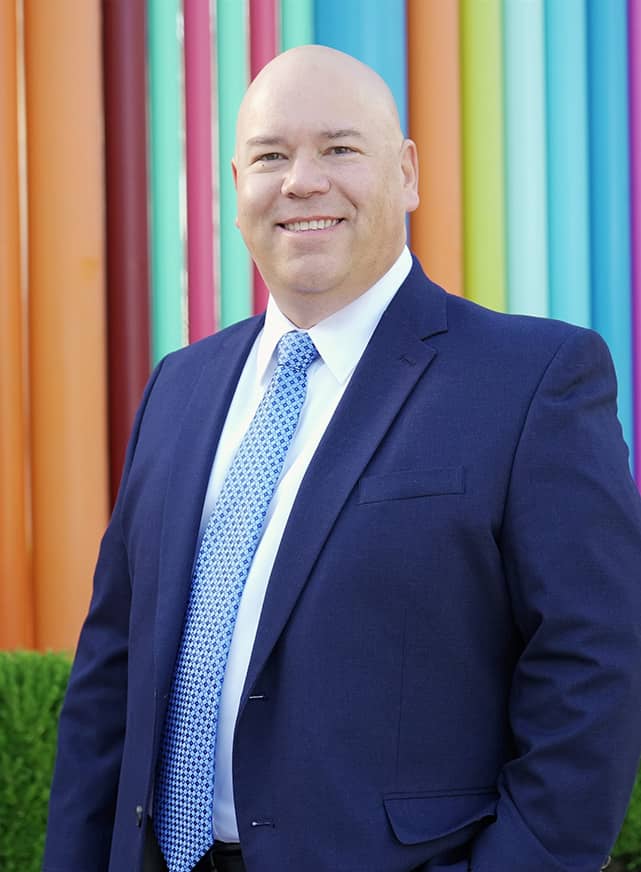 After completing his undergraduate studies, Kevin attended the Oklahoma City University School of Law, in Oklahoma City, Oklahoma.  During law school, he belonged to the Phi Alpha Delta law fraternity, where he served as the Marshall and was responsible for membership.  Kevin was also elected the Vice President of the 3L student body by his classmates and was active in the Board of Governors.  Kevin spent a summer clerking for Oklahoma Legal Aid, where he handled a wide variety of assignments ranging from landlord–tenant disputes to domestic relations matters.  He spent his third-year clerking for a well-known Oklahoma City plaintiff personal injury practice.

Thereafter, Kevin took and passed the Wisconsin bar and went to work for a small general practice law firm.  Kevin handled a little bit of everything, including municipal court prosecutions, private criminal defense, and other case types.

Thereafter, Kevin applied for a position as a Judicial Law Clerk in Las Vegas.  He was ultimately selected to serve as the Judicial Law Clerk for the Hon. Cynthia Dianne Steel.  While clerking, Kevin learned how the Court works from the inside, providing a rare behind-the-scenes look at the inner workings of the Court.

Kevin took and passed the Nevada bar and thereafter transitioned from government work into private practice.  In doing so, he embarked on a career which has taken him many places over the years.  Kevin has worked at firms handling cases in the areas of complex domestic relations, traffic and criminal defense, personal injury, and insurance disputes.  Kevin’s experience is unique in that he has spent considerable time handling personal injury cases on both the plaintiff side and the defense side, providing him with a unique perspective when it comes to understanding and evaluating cases.

Kevin is the recipient of the AV Preeminent Peer Review Rating by Martindale Hubbell, an independent service which has rated attorneys nationwide for more than 130 years.  The prestigious AV rating recognizes both strong legal ability and high ethical standards and is held by only 10% of all attorneys.

Kevin previously served as an Arbitrator for the Eighth Judicial District Court’s Court Annexed Arbitration Program, where he helped parties resolve disputes through the mandatory arbitration program.  He has also previously served as a Mentor within the State Bar of Nevada’s Transition Into Practice (“TIP”) program for attorneys who have recently passed the Nevada bar and are just starting their careers.