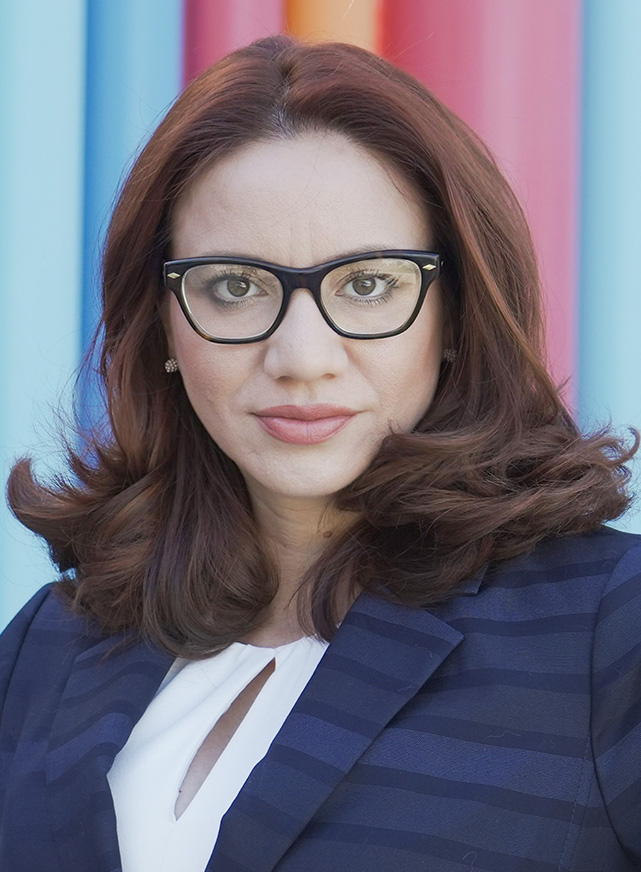 Veronica N. Fink grew up on both coasts after her family relocated from Pennsylvania to Southern California, but she is privileged to now call Nevada home. Influenced by her parents’ love of learning and of bettering society through service, Veronica has ever only wanted to be an attorney from the earliest she can remember.  Contrary to the rumors that she secretly wanted to be Indiana Jones, she sought an understanding of the underpinnings of society throughout history by attending the University of California, Santa Barbara.  Upon graduating with a Bachelors of Art in Anthropology from one of the nation’s top Anthropology programs, she proudly honored her parents’ sacrifices to become the first to have a college degree.

After completing her undergraduate studies, Veronica began her career as a paralegal prior to attending the William S. Boyd School of Law in Las Vegas, Nevada. Throughout law school, she devoted herself to those who also took the unconventional path and served as the President of the Organization of Part-time Law Students.

Upon graduating from law school, Veronica began her career as a judicial law clerk for the Hon. Linda M. Bell, honing her skills as to procedural process and advocacy.  Upon completing her judicial clerkship, she began working for an international insurance defense firm. During this time, Veronica advised insurance companies as to exposure, valuation, and developed strategies that she now uses on behalf of those who are injured. Veronica left insurance defense, and has now joined Bighorn Law, where she advocates for the rights of those who have been injured.

Veronica is a member of the Howard D. McKibben American Inn of Court, a member of the Nevada Justice Association serving on the Women’s Caucus, and has served as a panelist for the American Bar Association.  Veronica is also in the process of developing her 501(c)(3) which marries her two loves, community service and the Las Vegas legal community.  Her upcoming non-profit is targeted at providing services to domestic violence survivors by providing them with resources to navigate the TPO process and other available support, demystify legal proceedings, and provide job training as support staff within law offices. When she is not practicing law, Veronica spends as much time as she can with her daughter exploring the outdoors while being pulled by a Great Dane and Husky. She also prides herself in being a lifelong history and astronomy student while being silently judged by two cats, and making people laugh.